(via Kate)
Posted by Blogeline at 3:54 PM No comments: Links to this post

So, for a while now, Bloggerhas comments and I have them enabled and get notfied when someone comments (which is not often) etc....so, Ted commented in this post and I replied which was about 10 days ago, and now I just received a message for my reply AGAIN??? and I have a second reply there. It's been sooooooooo slooooooooooooooow lately but I don'ty mind since I am too busy to blog much anyways, but this really pisses me off.
I don't really post that much, mainly becauseI feel I don't have much to say but still...
Posted by Blogeline at 3:21 PM No comments: Links to this post

I forgot my 2 year Blogiversary!
It was on the 28th, so I am not that late, but still. I wouldn't want to miss my birthday either....
Anyways, Happy Blogiversary to me!!!
Posted by Blogeline at 2:59 PM No comments: Links to this post

As I mentioned a while back, my nephew was born 6 1/2 weeks ago.
He was a little early and needed a little help. At first it was his legs that were bothering the doctors and also his jaw which made it hard for him to eat since it is a lttle recessed. He had cramps, wheer his body would just cramp up all of a sudden and so they decided to transfer him to another hospital about a week after he was born. Then he started to have seizures and after a bunch of tests and CT scans they determinedthat they were epileptic and staretd to give him medication for that. He then started to have trouble braething. He was able to breathe but he didn't get enough oxygen in his blood so he would have a little oxygen mask thingy close by just in case in addition to his feeding tube and the other monitors. All in all he was doing good though and grew etc. They were talks about him being able to finally go home along with all his hardware, but that wasn't such a big deal. His parents were tired of the hour plus drive each morning to the hospital and my brother had to go back to work too. So then, when they were only waiting to finally get all the monitor rentals approved by the insurance company my little nephew stopped breathing. And his little heart stopped too. Luckily a doctor and his mom were around and it only took seconds for him to be back or whatever you call it, but after that he obviously wasn't going to go home and they transferred him to intensive care, where he has been now for about a week. When I talked to my brother last week he said that he was getting a little bit more oxygen but he was breathing on his won. They didn't want to incubate him because then he wouldn't breathe by himself which is not good for newborns since they are still learning. On Friday though they did decide to go ahead and give him a Tracheostomy. He has a tube going through his throat in his lungs, but as far as I know he still breathes by himself.
The disturbing thing is that apparently my brother and his girlfriend told my parents that they would not want him to live on life support only, if that is what it will be for the rest of his life. Now, I know you discuss those things, especially in those situations, but all I keep thinking about is that I haven't even seen him yet.
I hate being so far away. Of course I hardly get to talk to my brother because they are constantly at the hospital so I get second-hand information from my parents and then it's delayed too. They talk at night, so during the day for me, but I have to wait until the next day.
It unsettling too, because the doctors can't make a diagnosis. They know he has something but all the tests they have done so far ad all indications don't lead to a standard disease. He has nothing genetically wrong with him, since they checked his genes and made sure there is no birth defect, but they just don't know, so they can only treat the seizures and help him breathe, but they can't treat whatever makes him sick. I would hate being a doctor then.
So all I can do is sit here and think and look at the few pictures I have and wait.
Posted by Blogeline at 3:49 PM 3 comments: Links to this post

So, I just really realized it was St. Patrick's Day this morning at work. Not that I really care, except for the license to drink (but not drive!!). And then I thought about the whole wearing something that's green thing and all and, of course, I don't. I don't ever do that, but in Germany they don't celebrate or even talk about St. Patrick's Day (not that I know of at least), so I do have an excuse. Plus, why would they??
Anyway, so I was thinking of maybe something that could be green that I am wearing and thought about the stripes in the front of my socks that are green and then I had it (thought with the accent of the Dyson dude)!!! My underwear is green!!! Not that I would show them but still. But then the weird thing happened. I remembered that last year I wore the same pair of underwear. That's strange. And I am sure of that because I don't have a lot of green underwear…matter of fact I think that's the only pair…..
Must be something subconscious. Hey, maybe I am partly Irish??????
Posted by Blogeline at 2:20 PM No comments: Links to this post

Nothing like having a buzz going at 4 PM on a Saturday afternoon.
Just got back from the Chinese Restaurant and I just can't say "No" to those Mai Tais.
My husband went to take a nap and I figured I'd better use that time to get some "computer-stuff" done.....
Posted by Blogeline at 4:26 PM No comments: Links to this post

I hate them. Really.
Posted by Blogeline at 2:17 PM No comments: Links to this post

Smithsonian National Zoological Park officials believe Mei Xiang may be ready to mate with Tian Tian, in the next few days.

To prepare for that eventuality, officials said they will close the panda exhibit for the next four to five days to give them a little privacy.

But, you can't go to the zoo and watch it???? Bummer.
Even better, just watch it via one of their live cams.
The Washington Post also has a story about it, but you have to be registered.

- via NBC4
Posted by Blogeline at 12:18 PM No comments: Links to this post

I can't wait to get home and go play with my new toys!!! (not the ones you think).
I finally got around to getting a IEEE cable to hook up my camera to my computer and start putting all the videos on DVD. Then I got one of them fancy DVD+R DLs (I don't know where to put that little "s" here…). I recorded the BEST RACE EVER and only the two qualifying rounds would fit onto a regular DVD so I am hoping the DL will work. Then I just have to manage and play it on the DVD player.
And to make it all perfect I bought some CD labels and CD case labels. I'm in business!!!
Watch me, because soon I'll be making my own documentaries…..
Posted by Blogeline at 1:19 PM No comments: Links to this post 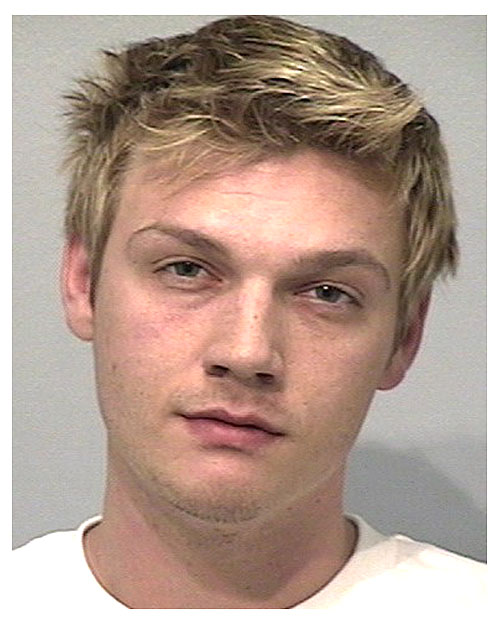 Must have been a rough day for him if he's already drunk at 7:30 PM. I usually don't get there until after 9 PM...
Posted by Blogeline at 12:11 PM No comments: Links to this post

What's wrong with this weather?
Yesterday it was above 60 and the sun was out and everybody was happy. Now it's pouring outside at 40 or less degrees and it's going to get colder? And it's supposed to snow this afternoon!
I am so ready for the Spring. No more hats and gloves and scarves and boots and whatever else you need for this weather. I am done.
Posted by Blogeline at 8:55 AM No comments: Links to this post

Yesterday was my nephew's birthday.
He is a whole month old now!!!!! He was a little early and has been worrying everybody here lately but each day brings better news. He is very tiny, being 3 weeks early, but the doctors also said he was already two weeks behind which totals it to 5 weeks early (???). He has a recessed chin which makes his little tiny mouth even tinier and so he has trouble eating (drinking?) and they have this feeding tube to give him the rest when he is done and falling asleep. Also, he has those cramps, where he just tightens up and about a week after he was born he started having seizures too so they did all kinds of tests to determine that he is epileptic but his brain doesn't have any problems, meaning the brain looks normal. But he does have some water pockets that are normal in newborns and also his brain ist a little underdeveloped. So they say he's normal but has seizures or something.....it's really complicating to me because I get my information through my parents and I hardly get to speak to my brother since they are always at the hospital. So everything is second-hand but I get the overall idea that everybody is happy. For a while they though he had some birth defect but they luckily ruled that out.
They are hoping he will be released soon...maybe next week. And of course, I as the cool aunt already sent a package and am already working on the next one. You can never have enough baby clothes...especially cute little boots and hats....
Posted by Blogeline at 12:26 PM No comments: Links to this post

I think I'm drained.
The last two days just flew by. I got to work on Monday (complaining about not having a snow day) and had just a ton of work to do and was busy non-stop the whole day and yesterday up until this morning. So, I thought I could just get to the other things now but I can't. I start and can't concentrate but I want to get things done...it just doesn't work.
I need a beer or something, really.
The weather is too depressing too. Yesterday one of the many incompetent weather people here mentioned that last year at this time we were in the 60's. Like I needed to hear that. It doesn't help either that it's March, because it's still cold as shit. So, I guess I get drained and depressed and in need of beer...lots of beer.
Posted by Blogeline at 2:27 PM No comments: Links to this post